Secret . . . Why do People who Drink Plus not get Sick? 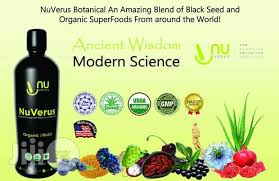 Drink Plus / Botanical and you may never get sick again!

From the NuVerus Medical Advisory Board – Infectious diseases, which include everything from colds and flus to deadly bacteria and viruses, are the most common cause of illness in humans. Typically these result when a germ makes it past your body’s first broad defenses, and then takes up residence deeper within your cells, bloodstream or tissues.

Why Antioxidants are Important

Antioxidants are phytochemicals and other nutrients that protect and repair our cells from damage caused by free radicals, which are unstable molecules that react with essential molecules of our body, including DNA, fat and proteins. These free radicals are formed as part of our metabolism and by environmental factors, such as smoking, pollution, pesticides and radiation. Antioxidants help to prevent the damage of our cells from free radicals that is associated with conditions such as cancer, arthritis and heart disease.Antioxidants are also vital in boosting our immune system.

The immune system monitors our inner body environment for anything that is abnormal and unusual, such as viruses, germs and free radicals. When these harmful substances are detected, the immune system initiates the appropriate defense mechanism. Antioxidants act as our body’s soldiers to defend us against these harmful invaders.

By maximizing your antioxidant intake through a healthful diet, your immune system will be well nourished and supported, and able to provide the defense you need.

The problem is none of us want to eat 3-5 servings of
fresh organic fruits and vegetables every day!

Do you get your Daily Antioxidants . . . is it even Possible?

ORAC, which stands for Oxygen Radical Absorbance Capacity, is a testing guideline which measures the total antioxidant power of foods. Many studies—most notably one by the Agricultural Research Service’s Human Nutrition Research Center on Aging—has concluded that foods that score high in ORAC may protect cells from oxidative damage. The Agricultural Research Service, states that people may be able to reduce their risk of disease by simply adding high ORAC foods into their diets. The study found that eating plenty of high ORAC foods raised the antioxidant power of human blood by 10 to 25 percent!

The USDA recommends Americans consume 3,000 to 5,000 units of ORAC daily; however, studies show that the average person consumes only 1,200 ORAC units daily. To accomplish the recommended ORAC intake (3,000 – 5,000) each day, the USDA recommends 3 to 5 servings of fruit per day and 2 to 4 servings of vegetables per day. However, even consuming these quantities of fruits and vegetables may not be enough: Due to over-processing of most of the foods in the American diet, and by aggressive farming practices, which deplete the nutrient levels of the soil and the food grown in it, even fruit and vegetable aficionados are oftentimes taking in inadequate ORAC levels. This means that even the health-conscious ORAC consumer would be wise to consider complimenting his or her diet with a high-ORAC supplement.

Doctors and Researchers have concluded that the human body can significantly benefit from higher amounts of antioxidants. The NuVerus Medical Advisory Board recommends 18,000 ORAC Units per day for optimal health . . . 2 ounces of NuVerus Plus.

ORAC Testing (antioxidant) – Testing showed that NuVerus Plus now has the highest score ever tested for a liquid nutrition product. NuVerus Plus has an incredible ORAC score of 278,000 per bottle or almost 9000 units of antioxidants in one ounce.

Look at what you would have to eat to get the equivalent of 18,000 units of antioxidants in two ounces of daily NuVerus Plus: 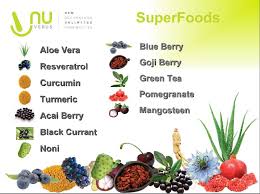 And don’t forget to feed your Family NuVerus Plus!