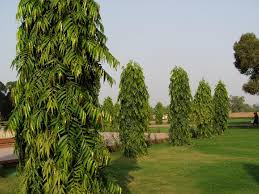 Other Names of Ashoka

Useful Parts of the Plant

The Ashoka tree belongs to the family of legumes and is a part of the subfamily Caesalpiniaceae. The Ashoka tree is a rainforest tree. It was originally found mainly in the central part of the Deccan plateau and in the middle part of the Western Ghats in western India. The Ashoka flowers from February to April. The flowers appear in lush and heavy bunches. The color of the flowers is bright orange-yellow and they turn red before wilting. This tree has an important role in Indian cultural traditions.

The Ashoka tree’s dried bark contains tannins, sterol, catechol, and other organic calcium compounds. The powered bark of the tree also contains Aluminum, strontium, calcium, iron, magnesium, phosphate, potassium, sodium, and silica. In order to maintain the medicinal values and physicochemical properties of the Ashoka herb, it is suggested that they be kept in air tight containers, protected from light, moisture, and contamination from microbes.

The Ashoka tree has many health benefits and has long been used in traditional Indian medicine as a key ingredient in various therapies and cures. Let us take a look at some of the therapeutic uses of the Ashoka herb.

The other Ashoka tree uses include treating the sting from a scorpion. The bark of the tree is used for scorpion sting treatment. Dried Ashoka flowers can be helpful in treating diabetes.