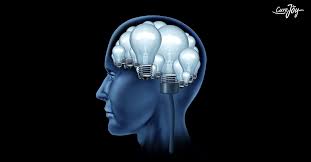 In this age of day-by-day increasing mental stress, strain and cut-throat competition, we are finding it more and more difficult to cope with the pressures of day to day life. Ayurveda claims at not only increasing the powers of the brain but also at keeping the mental diseases away, along with helping to cure them desirably. It is believed that a number of the diseases have their root in the brain of an individual. That is one of the reasons why the number of psychological and neurological cases is on the increase.
According to Ayurveda text, the balance of the three body humors viz. air, fire and phlegm or the Vata, Pitta and Kapha doshas when gets disturbed, tends to manifest itself both in somatic as well as psychic spheres.
These dosha imbalances disturb both the body as well as the mind. Although the predominant factor in case of mental disturbances is believed to be an increase and imbalance in the two mental states of the brain viz. Rajas and Tamas. These two states are ascribed to Iccha (Desire) and Dwesha (Repulsion). It is believed that when these states of mind tend to cross the limits set by social norms and values; they tend to excite the basic humors of the body resulting into degeneration of the brain powers and birth of mental diseases.
Ayurveda Herbs as Brain Tonics
1. Shankhpushpi

There is a herb named as Shankhpushpi (Convolvulus pluricaulis) which is one of the nature’s precise answers to the brain weakness. It has been used since ages in Ayurveda therapy to sharpen intellect and increase the mental powers, as it has a cooling, calming and subsiding action on the brain. Shankhpushpi is believed to be a Medhya Rasyana (Brain tonic) in Ayurveda and it is a rejuvenator par excellence. One teaspoonful of the powder of this herb is to be taken twice daily along with a cup of milk. It could prove beneficial in maladies likeinsomnia, anxiety, everyday stress, and loss of memory, anorexia nervosa and lethargy.
2. Brahmi

Brahmi (Centella asiatica) is another useful brain tonic. It can be taken in powder or paste form along with milk. You could also extract juice by pounding the fresh herb and take it once or twice in a dose of 20-ml approx. Though useful for all ages, it is a boon for students as it increases the intellect and helps undo stress and strain. Powder of this herb taken along with powdered herbs of Shatavari (Asparagus) and Ashwagandha (Winter Cherry) aids in reducing the aggravated Pitta or fire in the system and thus gives a calming effect to the brain. It is also a good cure for bilious headaches.
3. Jatamansi

Roots of the herb of Jatamansi (Nordostachys jatamansi) helps to tone up the brain and stabilizes mental abilities. It is another excellent restorative as it helps to subside all the three body humors. It thus has a specific action on the nervous system and aids in curing a number of mental diseases like hysteria, depression, insomnia, epilepsy and loss of memory. It has also shown results in hypertension.
4. Shatavari

Another herb by the name of Shatavari(Asparagus racemosus) is a body and brain rejuvenator and good for intellect. All the more, it helps undo the everyday strain and induces sound sleep. This can be taken in powder form in a dose of 3 to 5 grams along with milk or mixed into equal amount of honey. Also, some medicinal preparations of the herb are available like Shatavari Gritha, which can be taken a teaspoonful at bedtime along with warm milk. Regular use of the same for sometime helps fight mental stress, exhaustion and fatigue. It aids in increasing the eyesight and mental faculties as well.
Ayurveda Recommends Lifestyle Modifications
BNS PRODUCTS OF THESE 4 HERBS COMBINATION 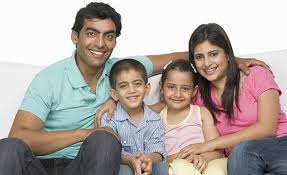 To gain success in the efforts of life the role of a strong mind is far more important than that of a strong body. The worries and problems of the modern age have greatly increased the importance of a healthy and strong mind. Physicians of the past have suggested that some diseases are caused only due to the fact that proper attention was not paid to mental health. These diseases include headache, cerebral debility, dizziness, amnesia, mania or melancholia. The modern medical research has not only affirmed the truth of the theory formed by the physicians of the past but has also emphasized its importance.

In the modern age, the weakness of mind is a common complaint, the main reason thereof being that we provide food to the body for its nourishment but do not care for the nutrition of mind. As a result the mind gradually becomes weak.  After having studied all kinds of mental weaknesses in detail, has drawn up the formula of for providing energy to mind. It is quick in producing the desired results.  The ingredients provide energy to the mind and nerves, improve memory, relieve mental exhaustion and provide freshness to the mind. It is the best tonic for the persons involved in the intellectual pursuits especially the students, journalists, lawyers and scholars. It refreshes the mind and sharpens the memory. In the view of the challenges of the modern age the regular use has become inevitable so that the mind may perform its functions properly and stay in good health. 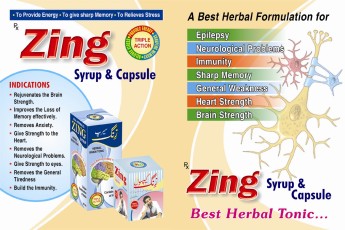