Constipation is a common symptom where a person has difficulty passing faeces or unusually dry stool. In simple language it is irregular and infrequent or difficult evacuation of the bowels. Constipation is determined in the colon (large intestine), which is responsible for packaging and eliminating stool. As food moves through the colon, it absorbs water while forming stool. Muscle contractions (squeezing motions) in the colon push the stool toward the rectum (the lower 8 to 10 inches of the large intestine). By the time stool reaches the rectum, it is solid, because most of the water has been absorbed.

Age wise effect: Constipation is more common in children and older age, but can affect anyone. The reason for this is that children prefer junk foods and a diet low in fibre and elder people due to absence of teeth prefer soft foods which are again low in fibre due to which constipation occurs.

Economic status: The people who have high economic status are more likely to catch this problem because generally the don¡¦t have time to take their proper meals and take more junk food which in turn disturbs the digestive system and causes constipation. 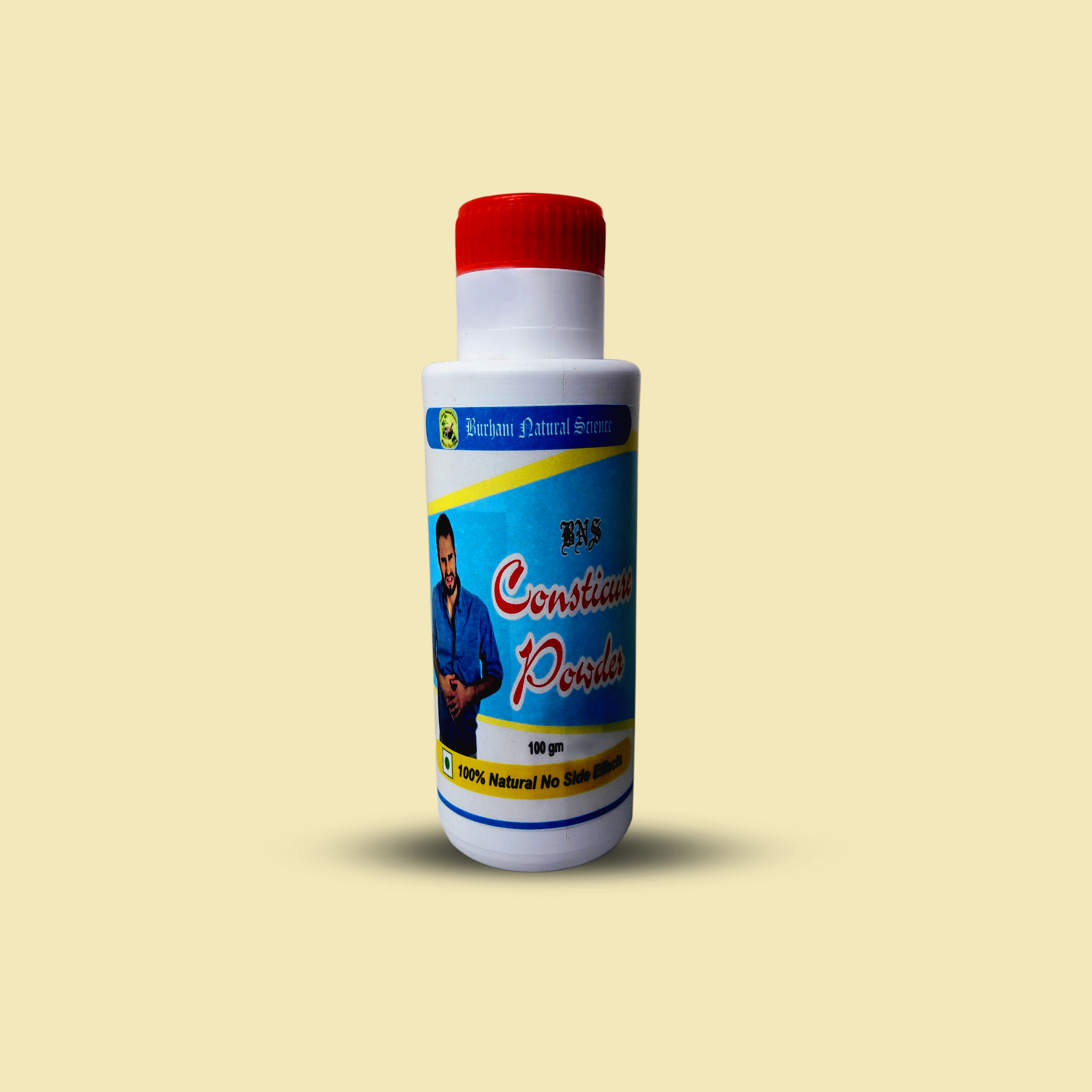 *Relieves the Constipation of varied etiology and associated symptoms.

*Being made from natural ingredients, it is safe and yet very effective