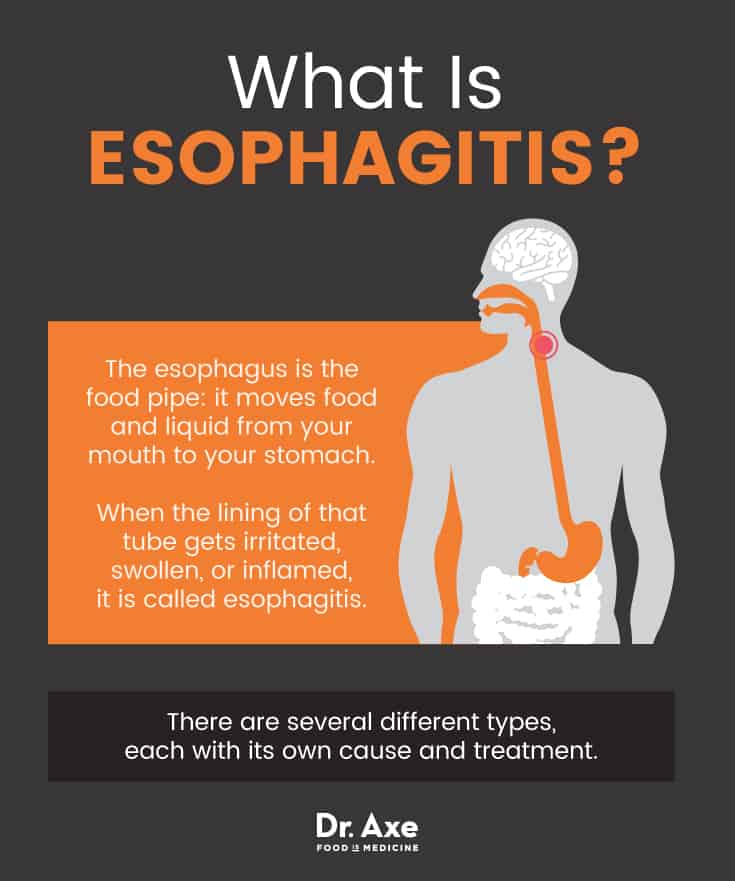 Esophagitis may be defined as inflammation of the epithelial lining of esophagus, the latter being colloquially defined as food pipe that connects the mouth to the stomach. The prime causes of esophagitis are fungal infection of the esophagus, intake of certain medicines, GERD (or gastroesophageal reflux disease), surgery of the digestive tract, and so on. The major causes of the conditions are infection of the digestive tract, the prime infection causing agents being fungus and virus. The symptoms of esophagitis are heartburn, mouth sores, nausea, vomiting, and painful swallowing, among others.

Some of the effective home remedies for esophagitis are listed as under:

Other than these remedies to treat esophagitis, you need to modify your diet. One of the imperatives of a diet for esophagitis is to consume a lot of water and fluids to lubricate the lining of the digestive tract. You must refrain from consuming spicy foods as such foods inflame the lining of stomach. You should also eat a lot of fruits and vegetables to nourish the cellular lining of esophagus. Avoid consuming citric fruits like oranges, lemon, and grapefruit so as to avoid acid formation in stomach, which can lead to GERD.

Some of the foods that must be avoided as part of diet for esophagitis and gastritis are black pepper, chocolate, onion, tomatoes, peppermint, vinegar, spearmint, and coffee. You should also avoid alcohol and smoking as well as the intake of carbonated or aerated drinks. Also avoid consuming processed foods. You must also refrain from eating foods high on starch and carbohydrate content, and as such, you must not eat potatoes, processed cereals, and complex sugars.

There are also certain measures for a better general state of health, which can be taken as treatment for esophagitis.

If these remedies and preventive measures do not help much and the symptoms of esophagitis persist, you must consult a doctor for diagnosis of the cause of the affliction and for prescribed treatment.