Leigh’s disease is a rare and terrible disease that is classified as a neurometabolic disorder. It is more scientifically known as juvenile subacute necrotizing encephalomyelopathy. It attacks the central nervous system, and is almost exclusively found in infants and very young children. The initial symptoms may present themselves within a year of birth, and they include vomiting, diarrhea, difficulty swallowing and general discomfort that makes it very difficult for the infant to grow or thrive in a healthy way.

The next major progression of the disease affects the muscular system, and the brain begins to lose the ability to control the muscles, resulting in muscle spasms, weak or useless muscle tone, or prolonged, painful contraction of the muscles. The eyes, heart, and lungs are also affected by the disease, and eventually their functioning is impacted as well. Respiratory failure is the most common cause of death, and it usually occurs within a few years of birth, although some patients have lived until they were 6 or 7 years of age when they only have a partial deficiency of pyruvate dehydrogenase. Some very rare cases have even survived until their mid-teenage years. However, there is no cure for Leigh’s Disease, and recent estimates state that 1 in 40,000 infants are affected by this disease, but it is important to remember that it is an inherited disease. 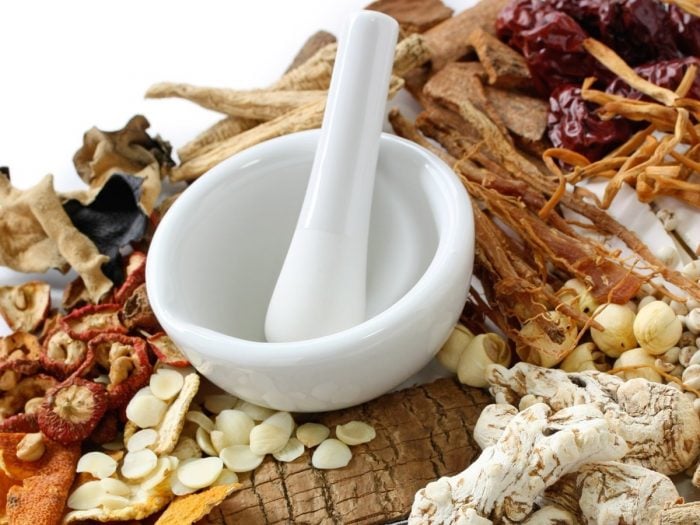 Although there is no known, successful cure for Leigh’s disease, dietary changes have been seen to affect the condition the most. A high-fat, low-carbohydrate diet has been suggested as a possible option for slowing the progress of the disease, but the most relied upon dietary shift is towards food that are very heavy in vitamin B1 (thiamine). This vitamin is heavily involved in the proper functioning of the metabolic system and the central nervous system, so it can beneficially impact a patient’s life that has Leigh’s disease, although unfortunately, it should be seen as a temporary remedy, not permanent a cure. Excessive consumption of vitamin B1 has actually been connected with increase brain function.

Asparagus: Although most children don’t care for eating their vegetables, asparagus might be the best home remedy for Leigh’s disease because it is packed with vitamin B1 (thiamine). It contains extremely dense amount of thiamine and should be included in your child’s diet, whether in the form of formula or actual natural forms to slow down the damage of this disease. Spinach and brussel sprouts are also recommended for the same reason.

Dried Herbs and Spices:  Again, the sensitive stomachs of children are not wild about spices and herbs, but they contain impressive amounts of vitamins and minerals, especially thiamine. A serving of coriander provides 83% of the daily requirements, and poppy seeds, sage, paprika, mustard seeds, rosemary, and thyme are also very good options.

Nuts: Pine nuts, pecans, pistachios, and macadamia nuts are all very high in vitamin B1, and can stimulate your nervous system to combat the ravaging effects of Leigh’s Disease by promoting greater central nervous system strength.

Fish: Fish, like tuna, has been connected to Leigh’s disease because of the high levels of vitamin B1 contained in them. Try to create interesting meals for your young children, who are probably not very familiar with fish; but tuna especially is packed with this beneficial nutrient.

Mushrooms and Peas: These two vegetables can also be added to a variety of other dishes, and their tastes can be masked if you have a picky eater for a child. However, their levels of vitamin B1 (thiamin) are significant.

High-Fat, Low-Carb Diet: Although this is not a proven remedy or dietary choice, current studies point to this breakdown of a diet as the best option for preventing the rapid progression of Leigh’s disease in a child.

Unfortunately, there is no known cure, and these remedies are only temporary. However, if you have a child that is afflicted with Leigh’s disease, these foods and treatments can offer the best chance for an extended and relatively happy, healthy life.